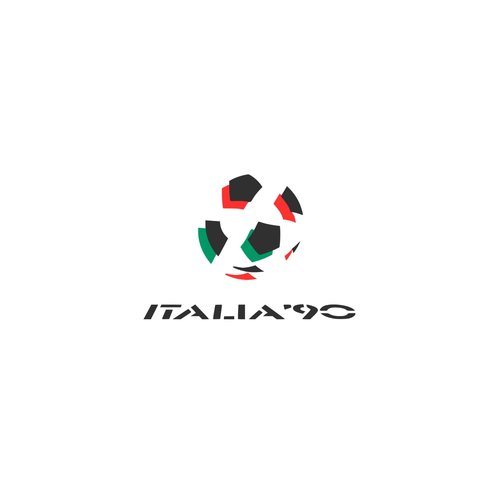 The 1990 FIFA World Cup was the fourteenth edition of an international football tournament between the national men's teams of countries affiliated to FIFA. The final round of the event was played in Italy from June 8 to July 8.

Cameroon provided a tropical surprise during this tournament. The Indomitable Lions defeated favorite Argentina in the first round, only to be eliminated by England in the quarter-finals after extra time. It was not a good World Cup for the Netherlands. The high expectations after winning the European Championship were not fulfilled: the Orange was unable to win a single match, and was eliminated 2-1 in the eighth finals by the later world champion West Germany. This match was also overshadowed by a spitting incident between Frank Rijkaard and Rudi Völler, after which both were sent off with a red card. Belgium won two games in the first round, but were knocked out by England in the eighth finals in the very last minute of extra time.

The tournament was not a success from a sporting point of view, in general football was played too hard and too defensively. Sixteen red cards were handed out (previous World Cup eight) and the goal average is the lowest of all World Cups to date. Illustrative was the game in the final, where for the first time in a final a player was sent off and for the first time a country did not score a goal. No less than seven of the eight games from the quarter-finals were decided by a penalty shootout or a penalty kick in the match. After the tournament, FIFA took measures: in the event of a victory, the winner would now receive three points instead of two, the goalkeeper was no longer allowed to pick up the ball, when it was played back and the offside trap was adjusted in favor of the attacker.