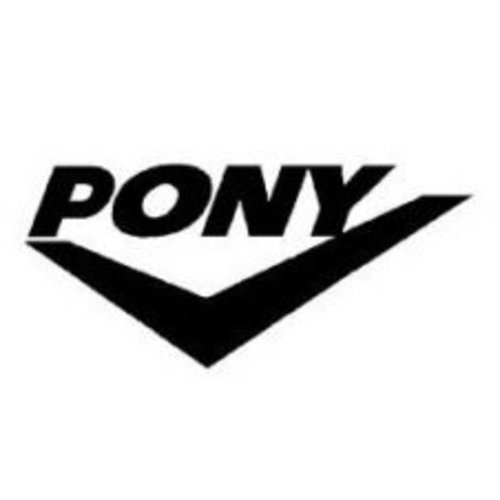 Originally Pony was known for producing athletic footwear. The company expanded its offerings to include sports clothing, and it has more recently produced streetwear. As a result, Pony has partnered with and been endorsed by non-athlete celebrities including Snoop Dogg, who launched his Doggybiscuitz range in 2005. Most recently, National Football League (NFL) star Randy Moss had developed his own line of football cleats.

Pony has been named the official shoe of the American Basketball Association (ABA).