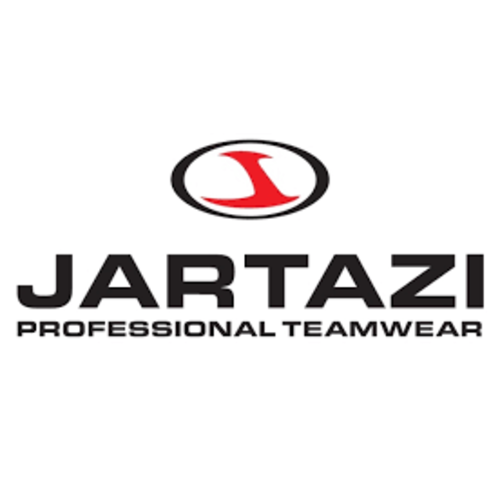 Jartazi is a Belgian textile company specialized in sportswear in particular. The company also focuses on custom-made clothing. It was founded in 1992 by Patrick Stallaert from Dendermonde, who started printing sportswear in his garage. In 2000 it became a public limited company. In 2008 a new NV "Jartazi" was established in which the clothing company NV Jovitex of Jan Vijverman contributed 52% of the capital and Patrick Stallaert 48%. In 2010, Patrick Stallaert left Jartazi, which until this year belonged to the Vijverman group from Denderhoutem.

In 2018, Jan Vijverman sold Jartazi to Ingeborg Vossen, who now runs the company together with Philip Ploegaerts and an investor from Vietnam. from April 2018 the company will be based in Eindhoven, the Netherlands.

Jartazi has an international customer base with partners from England, France, the Netherlands, Germany, Austria, Switzerland, Finland, Croatia and the Scandinavian countries, among others.