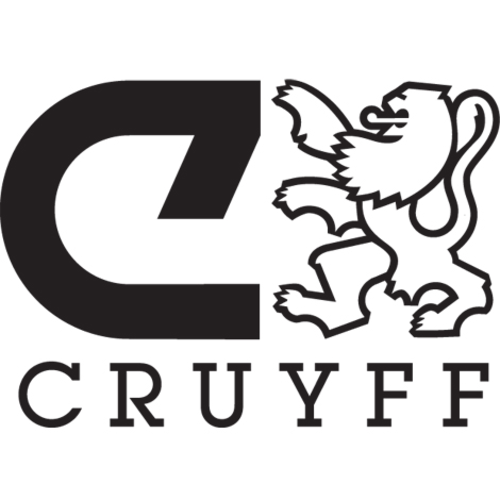 Cruyff is a lifestyle brand and the founder of Football Luxury. Cruyff makes high-quality, fashionable shoes and clothing with a luxurious appearance that give you the feeling that you are always ahead of the rest.

We are an international and iconic brand, with the intention to conquer the world with a touch of Cruyff. We do this by developing products with a combination of traditional craftsmanship and avant-garde materials and techniques.

As a player from the early days of professional football, Cruijff simply could not get used to certain things. For example, he was told what to do and what to wear. This daily inconvenience inspired him in 1979 to start his own sophisticated sports brand in Barcelona. He wanted to eliminate old-fashioned sportswear for good.

In 1982, Cruijff started collaborating with Emidio Lazzarini, the Italian designer who first introduced functionality and elegance to the world of sportswear.

Cruyff was a popular brand on the sports fields in the eighties and halfway through the decade we conquered a large part of the Dutch sports market. The brand began to diversify and expand into tennis, hockey and even casual wear. Cruyff gained ground and underlined this in 1988 by dressing the Dutch Olympic team during the summer games in Seoul.