FK Bodø / Glimt is a Norwegian football club from Bodø in Nordland province. The home games of the club, founded in 1916, are played in the Aspmyra Stadium, which can accommodate almost 7,500 spectators. The club colors are yellow-black.

The arch rival of Bodø / Glimt is the more northerly Tromsø IL, which comes from the city of Tromsø in the county of Troms og Finnmark. The derby is known as Slaget om Nord-Norge. The rivalry arose due to the fact that both clubs are the only professional associations from the Northern Norway part of the country. 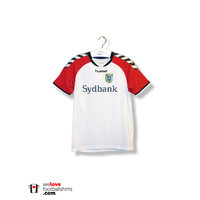