The 2001-2002 season of Futbol Club Barcelona was the second under the chairmanship of Joan Gaspart and the only full season of management by Carles Rexach (who had replaced Lorenzo Serra Ferrer in the latter part of the previous campaign).

In the summer of 2001, long-serving captain Josep Guardiola left the club, while many transfer deals were signed to give the side a new face with the recruitment of Roberto Bonano, Javier Saviola, Patrik Andersson, Francesco Coco, Geovanni, Philippe Christanval. and Fábio Rochemback. This was also the last season with Barcelona of experienced players such as Sergi Barjuán, Abelardo and the talisman Rivaldo.

Barcelona had a mediocre campaign in La Liga, finishing in 4th place, 11 points below eventual champions Valencia; in Europe, on the other hand, they delivered some very good performances, reaching the semi-finals of the UEFA Champions League, where they were knocked out by fierce rivals (and eventual winners) Real Madrid. Patrick Kluivert was the club's top scorer in all competitions with 25 goals. 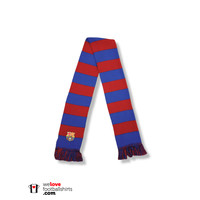 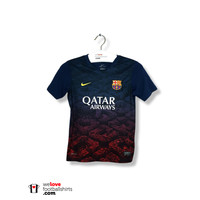