Dazet Wilfried Armel Zaha(born 10 November 1992) is an Ivorian footballer who usually plays as a right winger. He signed in February 2015 with Crystal Palace, who had already rented him from Manchester United in the previous six months. The transfer involved approximately € 4,000,000. Zaha made his debut for the England national football team in 2012, but became Ivorian international in 2017. 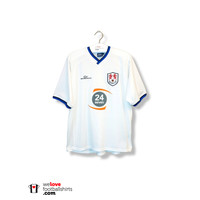