A large selection of football shirts from FC Barcelona. Welovefootballshirts.com offers you a bundled offer of various years, brands and sizes of the Catalan club. 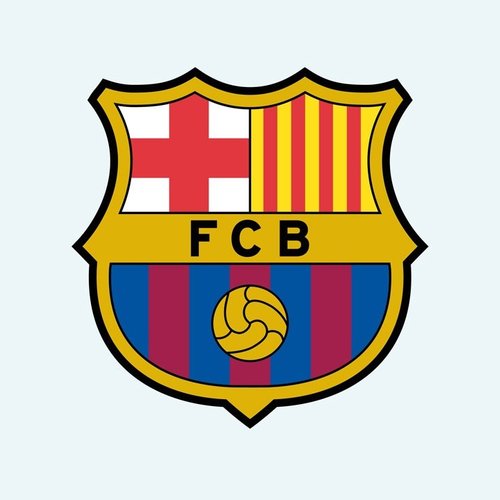 FC Barcelona is a football club from Barcelona, ​​Catalonia (Spain). The club is one of the European top in the world and, with its 95 trophies, is the most successful football club in Spain. The club colors are purple (or garnet red) -blue (blaugrana) and the stadium of FC Barcelona is Camp Nou or Nou Camp, which literally means 'new field'. Arch rival of FC Barcelona is Real Madrid. Matches between both clubs are known as El Clásico. Another important rival is neighbor RCD Espanyol; the mutual duels bear the name Derbi de Barcelona. At the beginning of 2010, FC Barcelona was voted best team by the IFFHS for the period 1991-2009.

For the Catalan people, in the years of Franco's strict regime, the club became the absolute symbol of their own identity and desire for independence. He has remained that to this day.

Bernd Schuster, Diego Maradona, Hristo Stoichkov, Gheorge Hagi, Ladislao Kubala, Michael Laudrup, Romario, Ronaldo, Luís Figo, Patrick Kluivert, Ronald Koeman, Rivaldo, Ronaldinho, Lionel Messi, Xavi, Carles Puyol and Andrés played for the club. Iniesta. Johan Cruijff achieved great success with the club. As a player, Cruijff won few tangible prizes, only one championship in 1974 and once the Spanish Cup (the Copa del Rey - in the days of dictator Franco called Copa del Generalisimo), but his game is forever in the memory of the fans . Later, when Cruijff was a coach, he formed a team that became known as the Dream Team. The highlight of this team was winning the European Cup I in 1992, nowadays called the Champions League.

Frank Rijkaard, who was appointed as coach in 2003, managed to create a team that equaled the Cruijff team by winning the 2006 UEFA Champions League in addition to the 2005 and 2006 national championships. The team led by Josep Guardiola was also often compared to the Dream Team. In the last seven years, Barcelona has won the Primera Division five times and won the Champions League in 2009, 2011 and 2015. In 2009, the only Spanish club ever managed to win the treble (national championship, national cup and Champions League), a feat that was repeated in 2015 and which no European club delivered twice. FC Barcelona is the only club in Europe that participated in one of the tournaments every year since the establishment of European football in 1955.